Are You a Fair-Weather Frugalista? 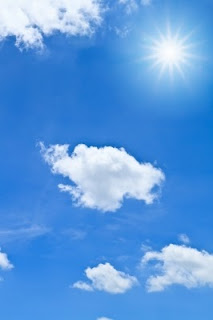 Photo by bulldogza/FreeDigitalPhotos.net
Katie over at the Non-Consumer Advocate recently shared some thoughts about an article in The Oregonian which stated that although a lot of people *say* they're going to stick with their new frugal habits post-recession, a lot of research shows otherwise; consumer spending has already begun to increase significantly.

I've always theorized that there are three types of people when it comes to frugality:

1. The Committed Frugalista: someone for whom frugality is a core value; this individual practices frugality consistently no matter what their financial circumstances or the state of "the economy".

2. The Desperate Frugalista: will resort to frugal practices when absolutely necessary to make ends meet; often feels embarrassed about penny-pinching practices and will return to their old spending habits as soon as their cash flow improves again.

3. The Wouldn't-Be-Caught-Dead-Clipping-Coupons Anti-Frugalista: scoffs at frugal people and would never consider adopting frugal practices because it's "beneath" them.

It seems that many people who adopted frugal practices during the recession fall into category #2; as soon as they're not feeling desperate any more, they go back to their old spending patterns. I suspect that these people associate frugality with poverty and so will not resort to radical changes in their habits except as a last resort.

In contrast, the individual who is committed to a frugal lifestyle is a "fair-weather frugalista" who will not think twice about continuing their frugal ways even when economic times improve. Their actions are not born of desperation but rather stem from a deep conviction about how they want to live their lives. They get a great deal of satisfaction and enjoyment from their frugal ways.

I love the way Amy Dacycyzn of the Tightwad Gazette

puts it in this interview:

As for me, it's hard to imagine I'll ever give up yard-saling, curbside shopping or making my own bread, no matter how much money is in my bank account. What about you?
Posted by Karen McLaughlin at 10:18 AM