Keeping Your Frugal Flow Even When Life Gets Frantic 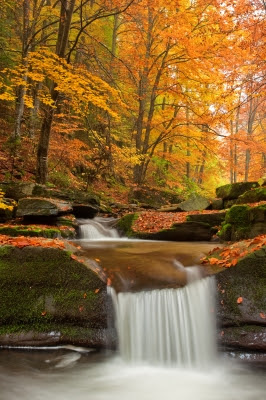 Photo by Evgeni Dinev/Freedigitalphotos.net
It's been quite a crazy week chez McLaughlin:
1. On the weekend my younger son's bed decided to collapse (one of the steel supports for the wooden slats under the mattress collapsed, thankfully NOT while he was on it!)

2. On Tuesday, my husband went out for "a quick bike ride" before dinner - and was still not home an hour after he should have been! He had gotten a flat he wasn't able to fix about 15 km from home and I ended up needing to go rescue him, driving through a fairly high-traffic area during rush hour (which, since I rarely drive, was extremely stressful for me!)

3. On Wednesday, I came home from the library in the middle of the afternoon to find my 86-year-old grandmother in my living room (the kids had let her in the house). Since she doesn't drive and has never come to visit me all on her own before, this was a bit of a shock (she took a bus and a taxi to get here from my hometown about half an hour away from the city). After she'd gone to all that trouble to get here, I couldn't very well send her home on the next bus out of town! So I invited her for dinner and arranged for my hubby to drive her home later that evening. We had a very nice visit, but it sure threw my plans for the day right out the window.

4. On Thursday, my husband had to drive to London (Ontario, not England!) to spend a full day at the dental college there where they are working on making him a bridge. This is going to save us a lot of money, but the appointments tend to be made on fairly short notice (last time he had less than 12 hours notice; this time it was a few days). This disrupted the day's plans as, since we only have one vehicle, I now had to bike my kids the 5-6 km to the karate studio where our homeschooling group meets every Thursday for drama and crafts. Thankfully, the weather was lovely, but I did have to reschedule an appointment so I could have enough time to get home after dropping them off.

Needless to say, it's felt like somewhat of a chaotic week! And despite our normal schedule being disrupted at just about every turn, our frugal habits remained well in place:


-we didn't run out and buy my son a new (or even secondhand) bed when it broke. He slept on an air mattress for a few days until my husband had time to properly fix the one we had - it's now sturdier than ever!

-even though it was close to 7 p.m. by the time I got my husband and his disabled bike back home on Tuesday night (and we were both pretty worn out at that point) we didn't resort to fast food for dinner - instead I quickly whipped up my Cheesy Mac & Beef Skillet, which takes very little time and even less effort (and uses staple ingredients we always have on hand)

-I was able to invite my grandmother to stay for dinner on the spur of the moment, and adjust our meal plans to accommodate her tastes while still making good use of the foods that most urgently needed eating up

-because my kids are used to walking and biking places rather than being driven everywhere, they were easily able to ride 5-6 km with me to get to their Thursday activities. Yes, we could have taken the bus, but the service to that part of town isn't very good, and it would have taken several times longer for me to drop them off there and get myself back (plus we saved several dollars in bus fare and got some exercise to boot).

Sometimes it DOES take a little more effort to make frugal choices when life takes its unexpected twists and turns. But the more firmly ingrained your frugal habits are, the easier it is to stick with them even when the going gets a little bit rough. It's nice to know that even though life threw us a few curve balls this week, we still came up swinging for Team Frugalista full force!

Hopefully life will settle down a bit now, as I have a lot of prep work to do for this weekend's Thanksgiving dinner.
Posted by Karen McLaughlin at 12:13 PM