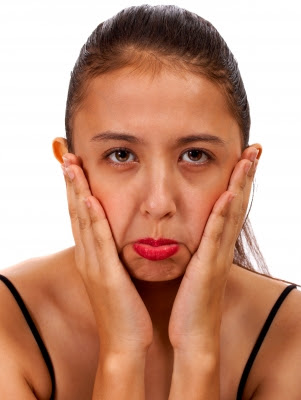 It's been pretty zany around here of late and my regular readers may have noticed that I haven't been posting as much in the last couple of months. There have been a variety of reasons why our family life has seemed more harried than usual; however, one of the major ones is that my younger son decided to go to school this year. Even though I've been a mom for almost 15 years, this is the first time I've ever had a child in school and it's been a huge transition for all the members of our family. In some ways, helping my nearly thirteen year old settle into eighth grade seems to be taking up more of my time than homeschooling him did!

All that is to say that our household has been more chaotic than it has been in a while. Along with the chaos has come the feeling that I've been letting a few things slide more than usual. What I've realized is that I've felt guilty on a number of occasions because I haven't been at the top of my game in all things frugal. That also made me think about the fact that what I share here on the blog is usually "all the things I did right" and I don't often share about the things that don't quite work out so well. That probably makes some people feel like they could never measure up to my frugalista standards (or those of other frugal bloggers).

I've also been reflecting on how easy it can be for those of us who consider ourselves seasoned frugalistas to derive part of our self-worth from how well we manage our households and how little money we spend on food, clothing or any other category of purchases. It starts to become a problem when every purchase and expenditure is evaluated to see if it is as low as it possibly could have been, and if we didn't get the best deal possible every time, we feel "less than" those other frugal folks.

I think it's important to remember that frugality is a means to an end, not the end itself. Yes, there are times when the budget is tight enough that every penny does count. Even then, if your grocery budget is $350 a month, and you accidentally overpaid for a couple of items, there are plenty of ways to balance that out and keep your overall grocery expenses within your budget. For a lot of frugal folks, there may be more leeway in the budget, they just don't like to pay more than necessary - or perhaps they're setting aside all that money they save for a special goal, such as a big trip. Whatever the reason, does it make sense to feel miserable when you're less-than-perfectly frugal? Even if you didn't wring the most out of *every* dollar possible, you're still making your money go much further than most people do. Isn't that worth acknowledging and celebrating even if your (not nearly as frugal) neighbour scored a better deal on toilet paper than you did?

Dare I share some of my recent less-than-perfectly-frugal moments?

I haven't been nearly as rigorous as usual about cleaning out the fridge and I found a couple of science experiments at the back of the fridge, as well as some bordering-on-unidentifiable nasties in the crisper. Yes, I hate food waste and I could beat myself up about that. Or I could remind myself that our family wastes only a tiny percentage of the food that a typical North American family does, and realize that we're actually doing a great job overall.

I didn't tend to my veggie garden as well as I usually do this summer, and therefore my yields are in general not as good as they could have been (although we also had drought-like conditions which certainly played a factor, too). In my eagerness for a cup of fresh mint tea, I also started cutting my mint too early in the season and as a result it languished in a barely-growing state all summer. I did, however, plant a vegetable garden in the first place, thus having *some* homegrown goodies rather than none. I also made two new discoveries: a wonderful, high-yielding and tender variety of green beans, and the fact that it's possible to regrow store bought green onions, which worked fantastically well and kept us supplied with fresh cut green onions for much of the growing season.


We missed the August 50% off day at Value Village, which is where we usually buy all our fall and winter clothing. I haven't even gotten around to doing a proper inventory to see what we need yet! And it looks like there won't be another 50% off day until December. This means we might have to pay a bit more for the boys' clothes than usual this season. Again, I can chastise myself about that, or I can remember that we've spent very little on clothing so far this year, and we'll probably still be able to come in under our $400 a year clothing budget. The boys don't need a ton of new items and even though we will probably have to pay a bit more on a per-item basis, we are still spending far less than the average family and sticking to our annual budget.

On another clothing-related note, I never got around to mending several articles of my boys' summer clothing, items they may well have outgrown by next summer. While it would have been great to have these items in the rotation and get more wear out of them, both boys survived just fine without these items.

I didn't shop yard sales as aggressively as I usually do this year. As a result, my gift cupboard is not nearly as well stocked as it normally is at this time of year. This will either mean I need to get creative with homemade gifts, keep an eye out for clearance sales, or spend more than I usually do on gifts for upcoming birthdays and Christmas (likely a combination of all three). While it's more comforting to know I already have appropriate gifts safely tucked away, I can likely come up with some budget-friendly gifts that won't cost too much more than I usually spend.

I didn't do much "bargain hunting" for back-to-school supplies. Since it was my son's first year at school, I wasn't quite sure exactly what he would need in the way of school supplies. I had the basics I knew he would need (pens, pencils, pencil case, etc) pulled together with items we already had around the house, and bought a couple of other core supplies (like paper) on sale, but decided to wait on stocking up on further supplies until I knew the specifics. As a result, I missed out on some of the back-to-school deals; however, I didn't end up buying anything unnecessary and that might have ended up costing more in the long run - I'm honestly not sure!

It seems to be human nature to focus on the areas where we didn't quite measure up, rather than celebrate the things we did achieve - all those leftovers that got so creatively used up, the year a great Christmas was pulled off with practically no cash, and the trash-to-treasure makeovers of curbside finds get forgotten the minute we feel we're not living up to our own expectations.

Why do we do this to ourselves? The choice to live frugally should be approached with joy and creativity, not in the spirit of keeping score to see who is the "better" frugalista. I think it's time we all gave ourselves permission to be a bit less "perfect" and a LOT less stressed! The world will keep on turning, even if we stocked up on peanut butter at a less-than-rock-bottom price.