The Fine Art of Food Alchemy (or, How to Transform the Inedible into a Gourmet Treat) 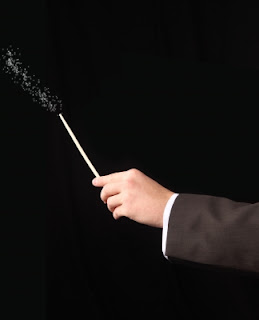 Photo by Luigi Diamanti/FreeDigitalPhotos.net
Being the thrifty sort of person I am, I hate to waste anything that can be put to good use in one form or another. I particularly hate to waste food. Even though our city has a municipal green cart program into which I can toss anything that might once have been food, including bones, meat scraps, dairy products and other items that are no-nos for backyard composting, I'd still rather see my food dollars go towards feeding people rather than the green bin. Due to my never-ending quest to keep our food waste as close to zero as possible, I've become known by my brood as a kitchen magician of sorts, taking all sorts of unpalatable-looking food scraps and transforming them into satisfying feasts. I recently shared my recipe for Everything-But-the-Kitchen-Sink Lentil Soup, which is a handy repository for many of the little odds'n'ends one finds hanging out in the back of the fridge. But not *everything* can go in there!

I made a couple of good "saves" in the past week or so, and thought I'd share so you could expand the realm of your food-reinvention repertoire a bit.

Save #1: My older son poured his younger brother a heaping bowl of homemade granola with half a lake full of milk on top. Unfortunately, he hadn't actually *asked* his brother if he wanted the bowl of granola before doing so, and my younger son didn't want it. As my hubby and I had already both eaten a generous helping ourselves, we weren't prepared to indulge in seconds. What to do? I couldn't bear to waste a bowl of my homemade granola, but with the milk already on there and making it soggy, it wasn't going to be too palatable to eat later. I stuck it in the fridge and put on my thinking cap.
Solution: Make a single-serving baked granola! After considerable pondering, I realized that homemade granola + milk = most of the ingredients that go into my baked granola. So, the next morning I dumped the whole bowlful into a single-serving baking dish and put it in the toaster oven at 350-ish for about 15 minutes. I pulled it out and voila! Baked oatmeal for one. It wasn't *exactly* the same as my usual baked granola, but it was still plenty good. In fact, I liked that added texture of the sunflower and pumpkin seeds enough that I may try adding them to my regular baked oatmeal next time I make a batch.

Save #2: I was experimenting with a recipe for Apple Oatmeal Bread. Usually I can get away with doing all kinds of bizarre things in the kitchen and get away with it, but this bread came out a real clunker. Not willing to resign it to door-stop status, I considered my options.
Solution: I decided to go with door #1 and make French toast with it. It was actually a heck of a lot tastier this way! My boys wolfed it down without even batting an eye. Behind door #2 was the bread pudding option, which I think would have worked equally well.

I am always ridiculously satisfied when I transform the nearly-inedible into a tasty treat. What about you? Are you a food alchemist, too? What are your favourite food transformation tricks?
Posted by Karen McLaughlin at 10:15 AM