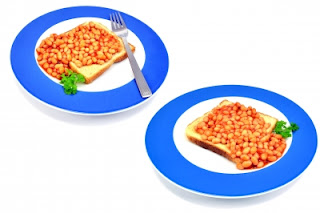 Photo by Grant Cochrane/FreeDigitalPhotos.net
Katie over at The Non-Consumer Advocate is running a Food Stamp Challenge this month, wherein her readers attempt to feed their families on the amount they would obtain if they were on food stamps. I think it's important to discuss hunger and food security issues; it's really a silent epidemic in our society and I'm pretty sure the average middle- or upper- class family really has no idea how widespread hunger problems are. In the spring, there was a front page, above-the-fold article in my local newspaper dedicated to the hunger problem in my city. Hunger was declared to be the #1 social problem here, and food banks ran out of food earlier in the year than they ever have in the past. Here in Canada, we don't have any type of program like the food stamp program in the U.S., so for people who have little or no money for food, food banks are the only formal social support that's available to them.

So, when Katie issued her challenge, I felt moved to participate. For our family of four, the amount of money we'd be allocated for food stamps would be about $404 (as I understand it, there are factors which could make families eligible for more or less than this, but I'll go with this figure.) Since I'm about to get a book published on how to feed your family for less than $400 per month, you'd think this would hardly be a challenge for our family! However, there are a couple of factors that will make it a bit trickier than you might expect for a family that's used to eating on the cheap:

1. Although we spent an average of just under $350 per month on food in the six month period from June 1st to November 30th in 2010, July is our highest spending month foodwise for the entire year, as we are purchasing lots of in-season fruit to can and freeze for the rest of the year. Last July we spent just under $430, or $70 over our monthly average. In the winter months, our food costs tend to be much lower, as we're eating all the food we stockpiled during the growing season.

2. We're going on our major summer camping trip this month, and I tend to buy a few more convenience foods than I normally would to make camping meal prep a bit simpler. I also buy bread and hamburger/hotdog buns, which I normally make myself for a fraction of the cost of store bought.  The store bought ones will keep for significantly longer than my homemade goodies while we're out in the woods.

Thankfully, I do have a resource that will hopefully help to mitigate some of these costs - the produce cooperative I started earlier this year. This twice-a-month free exchange of local produce between backyard gardeners in my neighbourhood should provide some extra no-cost produce for my family to enjoy and help reduce the amount we're spending on fruits and vegetables at the store.


So far this month, we've spent the following on food and food-related items:
$36.00 on 18 quarts of strawberries at the Pick-Your-Own farm
$4.40 on zip-top freezer bags (since we reuse these things until they fall apart, I usually buy them only once a year or less - just figures I'd need to buy them this month!!)
$1.79 half a dozen whole wheat panini rolls off the reduced rack (because I hadn't gotten around to making bread dough)
$4.19 for 4 litres of milk
$0.98 on two cans of frozen lemonade concentrate (on sale, one is for our on-the-way-to-camping picnic)
$2.98 on 2 500 mL tubs of sour cream (on sale)
$3.97 for 10 lbs of potatoes
$10.00 for a 500 g pkg of Parmesan cheese
$1.26 for two packages of Chapman's frozen treats (ice cream bars and Drumstick-style cones) - they were on sale for half price and I had a $5.00 off manufacturer's coupon
$5.88 for 4 cans of frozen orange juice concentrate
$3.98 for 2 pkg of 6 bagels (whole wheat cinnamon raisin) on sale
$12.26 for just under 7 lbs of boneless pork loin on sale (this went in the freezer and will probably not be eaten this month - I think I'm going to save it for the party we're hosting in August)
$3.77 for 3 lb of blueberries

We've also been eating a lot of free-from-the-garden greens, as well as enjoying some other greens and herbs courtesy of the West Hamilton Produce Cooperative.

All in all, I guess we're off to a pretty good start for the Food Stamp Challenge!
Posted by Karen McLaughlin at 10:53 AM