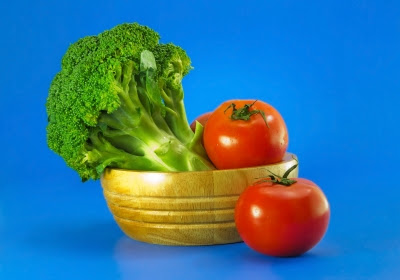 Photo by winnond/FreeDigitalPhotos.net
Since I started my local & organic challenge a little over a month ago, I've been keeping my eye out for great deals on organic foods. While the food coop I belong to has great prices on many items (especially if you buy them in bulk), it doesn't have the best price on every food item I'm looking to buy.

As I've been paying more attention to the selection of organic foods at stores I routinely shop at, I've noticed that more and more options are available as all the major grocery store chains are now offering their own line of organic foods.

Metro seems to be working on having the largest selection of fresh organic produce. While I don't find their food prices to be very competitive overall, their organic produce is often the lowest priced in my area. They usually have organic bananas for 89 or 99 cents a pound (regular bananas are usually 69 to 79 cents a pound). I've also noticed that occasionally they will do a sale offering one item, either organic or regular, for the same price and I've been taking advantage of those sales as much as possible (one week I got *3* bunches of organic broccoli for $5, which was an incredible deal!). They have also got their own line of organic foods out now, Irresistibles Bio, and I've been keeping an eye on these products to watch out for any good deals.

Loblaws has had their line of President's Choice Organics out for quite a while now, and some of their products are very well-priced. A pound of their red lentils is $1.99, which isn't much more than I pay for regular ones (and is a better price than through my coop). Their organic, fair trade coffee is $11.99/lb, which is very competitively priced. They also offer diced or whole canned tomatoes for $1.99 a 28 oz can (unfortunately, they don't have crushed tomatoes in their line, which is what I prefer for most of my recipes). I've also noticed that my Fortinos store often has unadvertised specials in the "natural and organic" section of the store, so I've started doing a quick browse through that part of the store whenever I'm in there to see what I can find. One week I picked up some Yves organic corn for $1.99 a can. They also have a great regular price on Que Pasa tortilla chips ($3.99 for a 454 g bag) which works out to a better price than the sale price for that well-known national (non-organic) brand :)

Shopper's Drug Mart also has a line of organic products (Nativa Organics). While many of the items are snack foods and other overly-packaged products that I prefer not to buy, I've noticed they seem to be expanding the line a bit lately based on what I see in the sales flyers. I recently picked up a 1.1 kg container of their organic popcorn for $3.99, which was a better price than I paid through  my coop ($5.45 for 1 kg).

Although it's nice to see the national chains starting to offer more organic foods at competitive prices, one thing I find frustrating is that it's often difficult to tell the origin of the foods (most of the packages say things like "packed for X company by Y" then give you the address of the company, but no information about where the food itself came from). My preference is to try and support in-province food production as much as possible, but so far I'm finding it can often be a trade-off between choosing local or organic on a lot of items, or paying more for the locally grown organic compared to what the chains are charging for their organic items.

Still, I'm fairly pleased with where I'm at just a few weeks into my challenge, and I still plan to do a lot more exploring to see where I can find more great local deals, especially since we're heading into the growing season.

For my non-Canadian readers, you might not have found the specifics of this post very useful, but the general principle of checking out a wide variety of sources to find great food prices still applies, no matter where you are!

Have you found any great deals on organic foods lately? Please share!
Posted by Karen McLaughlin at 11:22 AM