How to Celebrate a Tween Birthday Without Breaking the Bank 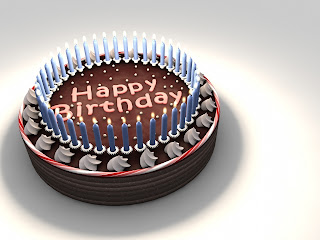 Photo: Francesco Marino/FreeDigitalPhotos.net
Today is my younger son's 11th birthday! We've already had most of the festivities this past weekend, so I thought I'd share some of our fun and frugal party strategies.

When the boys were younger, it was easy to create successful parties for next to nothing - we did the typical little kid party games and I got creative for the party favors (I did everything from home-grown spider plants in plastic beach pails to laminated personalized place mats that I created on the computer). Now that my boys are older (and they still have the same friends coming to their parties!) it's gotten a bit trickier to throw a shindig that will satisfy their more sophisticated tastes. I've done movies-and-a-sleepover type parties for the past couple of years (with the movies mostly borrowed from the library) and didn't quite think I could get away with that again with the same guests on the list!

Here's what we ended up doing:

Entertainment:
After contemplating a variety of entertainment options for six boys aged 9 to 15 (my two plus four guests of varying age), we settled on taking them bowling, as all the kids were interested in it and it wasn't as ridiculously expensive as some of the other activities we'd checked out. My husband called around to the local bowling alleys, and found a fairly significant cost difference - we saved $2 a kid, or $12 total, just by checking prices beforehand and going to the less expensive bowling alley.

The frugal gods must have been smiling on us, as we ended up with an unexpected surprise benefit by going to this bowling alley: My husband was given coupons for a free game (one for each person who attended) - they don't have an expiry date, which means we can take my older son's friends bowling for FREE on his birthday in just a few weeks (well, almost free - we'll still have to pay for the shoe rental but that's only $1.60 a kid).


Food:
I made up a big batch of Sloppy Joes (I had lots of sale-priced burger buns stashed in the freezer), whipped up some cheese sauce to pour over a bag of tortilla chips, and did a platter of sliced raw veggies (carrots, cucumber and red pepper - the pepper was from our garden). I also spurged on three 2 litre bottles of store-brand pop (which I only buy for special occasions!)

I baked our standard chocolate cake recipe, which is supposed to make a 9" x 13" cake. Since we were having a second party with extended family two days after the kid party, I divided the batter and baked one 8" x 8" cake and a dozen cupcakes. Everything got frosted with Seven Minute Frosting, and I had lots of sprinkles from previous parties to top them off. I served the cupcakes at the kid party and saved the square cake for the family party.

Cost: essentially free, as all the food costs came out of our standard monthly food budget


Gift:
My son really wanted a particular game for his PlayStation 3 (I might add that he saved up for the system with his brother and they bought it entirely with their own money). Since it was a recent, popular release, even used copies were selling for $60, which was more than we wanted to spend. We told him we'd do the best we could to get it, and also asked him for a "back up" gift choice in case we weren't able to find his first choice at a good price. Hubby and I got busy looking on Kijiji for a used copy at a bargain price. I found several copies selling for $40-45, although they were getting sold fast! My husband eventually contacted a guy who was selling a copy for $40 and said he'd drop it off at our place. Unfortunately, he no-showed on us - twice!! This actually ended up working out to our benefit, as somehow my husband tracked down another copy with an asking price of only $25. This time he went and picked it up himself. We were extremely pleased to get my son's first-choice game for less than half what it was selling for at the game shop (yes, it was in good condition and works fine).


Extras:
After bowling, dinner, and gift-opening, there was a whole lot of gaming and movie watching! The movies were free from the library. For an extra treat, I made up little candy cups for each of the kids with candy we'd bought at the local bulk food store, dividing it equally into small reusable plastic drinking cups. Two of the guests slept over and my husband made them all pancakes in the morning.

Extended Family Party:
We had my dad, his girlfriend, my grandmother and my aunt over for a family celebration.

Again, all the food costs came out of our standard monthly food budget, so no additional expenses were involved.

Total cost for the weekend festivities: $70.77

As my goal was to keep the total expenses under $75, I'm pretty satisfied! And so was my son, who was thrilled with his weekend of partying.

Now, you'll have to excuse me, I have a Birthday Boy to go hug!
Posted by Karen McLaughlin at 11:40 AM