Accomplishments, Goals and Another No-Spend Month 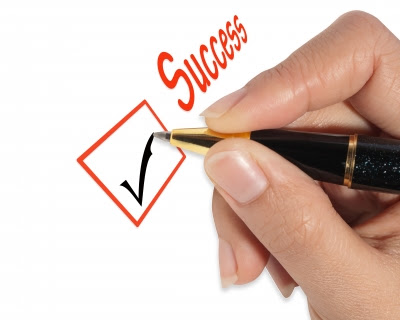 Photo: Nutdanai Apikhomboonwaroot/FreeDigitalPhotos.net
I guess it's finally time for me to admit that the holidays are over and a new year has begun! 2011 was a *very* busy year at our house, and I promised myself that I'd take a bit of quiet time after Christmas before jumping back into the rhythm of my usual routine.

In 2010, I shared my top five frugal successes of the year, and I wanted to do a similar look back on 2011 to see what I'd achieved in the past 12 months. As I took a look back, I realized that our family accomplished much more than I'd realized in one short year:

1. Paying off our last credit card balance: Yes, it's a bit embarrassing to admit, but we did have an outstanding credit card balance we've been working on paying off. Rest assured that we didn't run it up on big screen TVs or other frivolous purchases. Let's just say we were in a really tight spot financially a while back, and had some expenses we had no other way of dealing with at the time. It took a good deal of discipline to finish paying off the balance, but we did it!

2. Writing a book: I finished my book, Cheap Appétit: The Complete Guide to Feeding Your Family for Less Than $400 a Month (While Eating Better Than You Ever Thought Possible), which I actually started back in 2010. Writing a book is a long and sometimes very frustrating process, and I have to admit there were more than a few times I just wanted to chuck the whole thing out the window! So I'm thrilled it's finally here - a real, live book at last! While this is a satisfying accomplishment for me personally, book sales will also provide a source of passive income for our family.

3. Paying cash for a couple of large purchases: We made a couple of major purchases in cash in 2011 and receiving substantial discounts for doing so, saving us several hundred dollars.

4. Discovering soapnuts: I wrote about this inexpensive, eco-friendly and effective alternative to laundry soap here. I'm so glad I decided to give soapnuts a try - they are quite possibly the best thing that's ever happened to my laundry!

5. Making my own lip balm and hard lotion: One of my goals for 2011 was to continue finding homemade and inexpensive solutions for more of my personal care products. I'm very satisfied with the homemade lip balm and hard lotion I made a few weeks back (instructions here). Hurray for adding two more low-cost and effective personal care products to my repertoire!


Goals for 2012:
I'm not one for setting New Year's Resolutions as I don't think they're effective. What I prefer to do is to pick one big thing to focus on for the year, and doing as much as I can on a daily or weekly basis (depending on the type of goal) to bring myself closer to achieving it. Last year, my big goal was to finish writing my book, which I managed to squeak out with a couple of weeks to spare at the end of the year! This year, my husband and I have decided to focus on working on our house. We've lived in this house for eight and a half years now, and while we knew it was a fixer-upper when we bought it, we'd like to tip the balance so it starts feeling less fixer and more upper! We did do some work on the house in 2011, including installing a banister in the front hall and continuing to work on improvements to the backyard. We're currently at work on the next round of renos in the front hall, so I hope to be able to share updates on that area later this month! If you want to see the complete list of our DIY projects, check out my Domestic Arts & DIY page for links to all the relevant posts.


January = No-Spend Month
I did a fairly successful No-Spend Month back in October, and I've declared January another No-Spend Month to kick off the new year. After the relative indulgence of the holiday season, I'm more than ready for a break and look forward to a month of buying as little as possible! I'm going to try and keep grocery spending as well as general household purchases to a minimum. We kicked things off with a $55 grocery bill this week (not bad as we didn't buy groceries the week between Christmas and New Years!), which was further reduced to $30 as we had a $25 gift card we received from a generous neighbour over the holidays. My husband has also accumulated $20 worth of free gas (through the "rewards" program of the gas station he frequents) and we have another $20 gift certificate for a local grocery store on the way (received through redeeming Air Miles). We will need to purchase some supplies to complete the front entranceway project, so I'm excluding those expenses from the "no-spend" challenge as we need to get this reno complete ASAP. I'm hoping that our lack of spending in other areas will offset the costs of completing this DIY project! 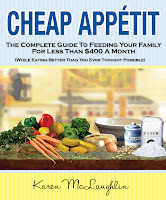 Before I sign off this post, I'd just like to give a quick update about my book! It's now available for purchase on the following sites:

I'd also like to ask a favour of those of you who do purchase the book (or have already done so). If you enjoy the book and find it useful, it would mean a lot to me if you would review it on Amazon. It doesn't have to be long and involved - a couple of sentences and a star rating would be really valuable! (A note about the Canadian listing - it says it will ship in 1-2 months, which is definitely not the case - it should read 1-2 days and we're working on getting that fixed!). We're going to be doing the big "official" launch for the book in a few weeks, and having some positive reviews online will help make the launch more successful.


What are your favourite accomplishments of 2011?
Do you have big plans for 2012?
Posted by Karen McLaughlin at 12:23 PM